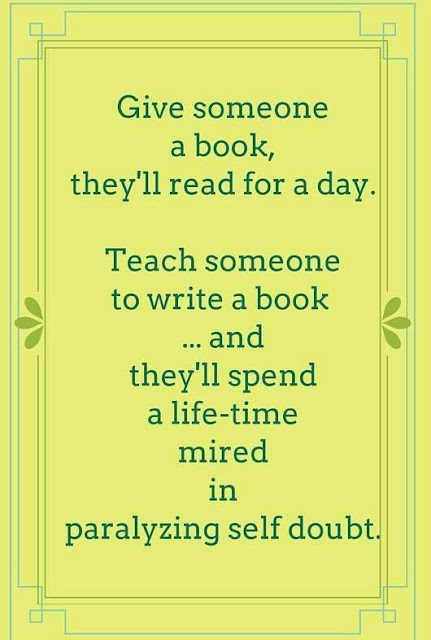 Posted by Amanda George at 9:38 pm No comments:

One down, one to go

Just finished editing the penultimate manuscript so I've just got this year's JanNo novel to edit then that's it!  No more editing!

Got two more novels planned out and I'm pretty much ready to go with the next course too, so I'll edit the last MS now, then relax until I start the course!

Posted by Amanda George at 10:50 am No comments:

Just finished editing my second MG novel of the day

Got one more ECB then this year's NaNo novel to edit tomorrow then it's all done and dusted, so I'll start studying at the weekend so that I can get out of the editing headspace and forget about all the editing I've done this week, learn some new stuff next week then start writing again the week after.

I've achieved a lot this week and I'm feeling pretty proud of myself right now at the constant level of motivation I've had this week.

Posted by Amanda George at 9:35 pm No comments:

Already achieved as much today as I did yesterday!

Edited one MG manuscript and written out the synopsis for it already today!

Posted by Amanda George at 3:57 pm No comments:

2 synopsises written and 1 MG MS edited - good job I did too, 'cos my computer must have thrown a strop on me when I wrote the first draft and ended up with one paragraph copied and pasted into itself, if that makes sense?  lol

All sorted now though.  Got 2 synopsises to write and 5 manuscripts to edit then that's all the editing sorted and I can either study my next course or another manuscript after that!

Posted by Amanda George at 7:59 pm No comments:

Didn't start until lunchtime today, so only managed one Early Chapter Book and a MG novel.

Gotta remember to ask Steve to put the telly on standby as soon as I come down in the morning, just for an hour or so, just so that I can totally immerse myself in editing and blocking everything else out.  Totally OK to have the telly back on when I've got into the editing, I just need silence for the first hour or so is all.

Posted by Amanda George at 6:43 pm No comments:

Prolly gonna work on Early Chapter Books first 'cos I haven't got too many of them compared to everything else, just one that's ready to rock and roll then two more that need editing, but that's it, so need to come up with some ideas for those as well as the two novels that I've planned out... gotta come up with some ideas for books that 8-10 year olds would want to read!  lol

Posted by Amanda George at 7:14 pm No comments:

Got loads of manuscripts to edit today so I'd best get started!  lol

Posted by Amanda George at 10:18 am No comments:

Tiny Tom wants to fly like the birds and tries to work out how to go about it.  His first two attempts fail but it's third time lucky for the little ant!

If you're looking for a picture book that teaches the art of never giving up, get your hands on this book for your youngster!!

It's a good way to help your little listener to understand why s/he can't fly and is a good opportunity to talk about safety too, so that your little one doesn't think that gluing feathers onto a twig then jumping off a wall is a good idea like I tried to do as a toddler lol


Posted by Amanda George at 1:58 pm No comments:

Just finished reading this and it's another good, quickish read, I'm just confused about the King, Queen and Queen Mother bits is all.

Queen Mother calls the King her son so surely she should be King Mother unless the King and Queen are siblings in which case they wouldn't be ruling together and they mention each other as husband and wife, in which case there would only be 1 ruling party (the King) and the Queen would be a Princess, just like with the current royal family, right?

Also, it doesn't really get going for a couple of chapters again - waaay to much back story that could easily have been woven into the story and it starts with a view of someone that isn't mentioned again... would have been better to dive straight in to the action from where book 1 left off... this one ends on a cliff-hanger too that I bet won't be taken straight into the next book, disappointingly.

I know there needs to be back story, but the first couple of chapters could easily have been taken out and got straight into the story-telling from where the first book left off.

If you're after a YA fantasy read then give both of these books a read, just be prepared to read a couple of chapters at the start of each book that would have been a lot better without them in it.
Posted by Amanda George at 1:02 pm No comments:

Book review: The Watcher of the Night Sky by Rachel Pudsey

Just finished reading this book and it was just confusing in several parts 'cos it seemed to go from the 19th century with only two rooms in the school house and using parchment and quills to copy down information from a chalk board through to present day then back to the 19th century then back to being modern, often within the same chapter and there were a couple of times that I thought the book had come to an end but I'd barely started reading it!

If you're after a quick, YA fantasy read, then by all means give this book a read, just be prepared to be confused by the time periods in several places.

Posted by Amanda George at 9:14 pm No comments:

Just put the finishing touches to my plans for my pre-NaNo MS in 2.5 days which ain't bad going!

This novel will be written between now and the end of September then the Thraag one will be done for NaNo in November.  Considering 3 days ago I didn't have any ideas at all and now I've got 50 chapters planned out, I reckon I've done OK!

Posted by Amanda George at 11:25 am No comments:

15 chapters left to plan out tomorrow

Just planned out chapter 35 so I've got 15 left to do tomorrow then I can start writing it on Friday.

20 chapters planned out since about 10am including 90 minutes of being shut down at lunchtime so that I could eat me jacket spud.

I could, in theory, keep planning out until bed time and get all 50 chapters sorted ready to start writing tomorrow, and might still do that, but right now I'm thinking I'll do it with a fresh muse tomorrow.

Posted by Amanda George at 7:01 pm No comments:

Thanks to the SCBWI bods, I'm not putting anything in the novel that would give me nightmares.

Blood will prolly be involved quite heavily 'cos one of the MCs is a vampire but that's it now... nightmares successfully avoided thankfully!

Also, I've saved meself 25 chapters worth of planning too, in that it'll be a 75k word novel instead of a 100k one.  Hoping to plan out about 20-25 chapters a day so that it'll be all planned out before the weekend, then I'll go back to studying and slowly work on the writing whenever the mood takes me until the end of September, a month-long break during October then NaNo in November.

I can so do this!

Posted by Amanda George at 8:44 pm No comments:

I've always avoided writing horror in case it gives me nightmares like even minor horror does and because I've never read or watched anything even remotely horrorish I'm way out of my depth here.

I'm currently planning out a YA dystopian horror romance set in the future and I've just started setting the scene for the horror bit of it... could someone reply to this and give me some boundaries for minor horror that won't give anyone, including me, nightmares but is still classed as horror.

Thank you!  Really appreciate your input in this!

Posted by Amanda George at 7:05 pm No comments:

Book review: Stinky-Dog... where are you? by Lynne Russell

Stinky-Dog, Louie and his family go to a theme park but Stinky-Dog gets lost but he has loads of fun when the park closes and gets thrown out by the parks staff because he's not one of their toys.

Louie gets upset so his dad goes back to the park and chases after the rubbish bin, rescues Stinky-Dog and returns him to Louie.

Full of emotion that a small child would understand but ends in happily ever after.

Definitely has the potential to be a favourite in the future for young children!

Posted by Amanda George at 1:45 pm No comments:

Just finished a writing course on Alison.com was more about English than writing novels though!

It was free to take though, so shouldn't complain too much!

Posted by Amanda George at 12:32 pm No comments:

Can someone remind me, if I ask before NaNo this year, that the Thraag manuscript is planned out for NaNo in November and I'm not allowed to even look at it before my birthday in October please?

I just know that if I start reading the plan I've already made, I'll want to write it before November then I'll be left high and dry with less than a month to go!

Posted by Amanda George at 2:08 pm No comments: